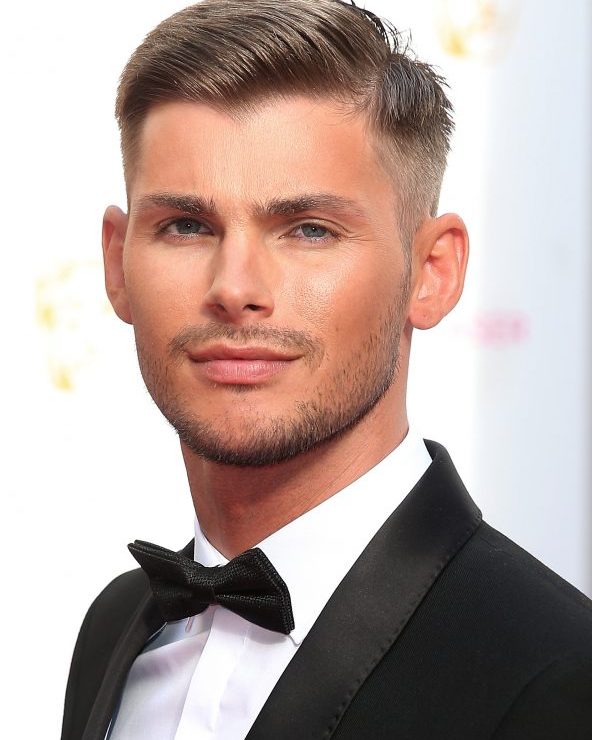 Kieron first rose to fame as Ste Hay in C4’s HOLLYOAKS,  a role which he has continued to portray for over a decade, and one that has earned him a host of awards & nominations.

In 2017 Kieron worked with Burning Bright Productions to develop a documentary for Channel 4’s Season Of Love. In July of that year RAISED BY QUEERS went live, a personal exploration of the history & current day realities of bringing up children in the LGBTQ community, whilst observing his own experience & that of his husband, Carl, as they prepared for the arrival of their twins via a surrogate. Following on from its success & positive reception, the show was expanded re-edited in early 2018 into GAY DADS FOREVER, and became the first original documentary programme to be broadcast on E4

In 2010 Kieron took part in the hit ITV1 show DANCING ON ICE, beginning as an outsider due to his lack of sport or dance experience, he won over the nations hearts through his determination, passion & charm, making it all the way to the final.

Kieron has been a regular contributor on numerous TV & radio programmes, including:

BIG BROTHER’S BIT ON THE SIDE/BBLB

CELEBRITY COME DINE WITH ME

As well as being a keen spokesperson for LGBTQ issues, following on from his own experiences, he is also a member of several trusts & organisations,  working alongside numerous charities including Terrence Higgins, Stonewall, Princess Diana Foundation, EJAF, Albert Kennedy Trust, NSPCC, Children In Need & Red Nose Day

RAISED BY QUEERS – ALL4